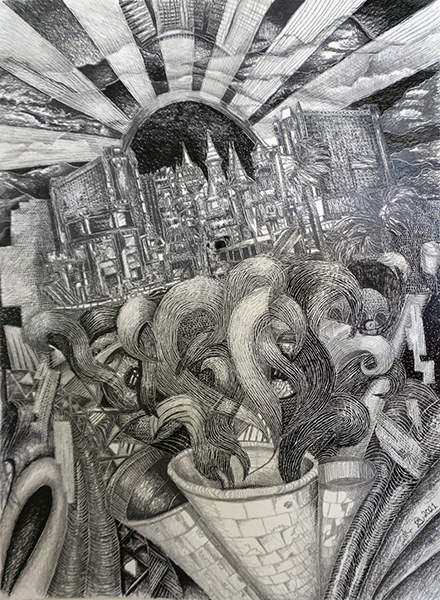 Excalibur Hotel & Casino Las Vegas, the mediaeval fantasy hotel and casino that opened in 1990. It was one of the most fun to draw and place in a different world.

The Caller is hidden below, you can see the eyes, if you look closely. This is a move on from the caller being a prominent feature, it’s there but it’s lurking in the water, peering out.

I want to experiment with some more architectural elements, and create more layers through the underground to the sky. This one has two suns; the Excalibur has its own, and then there another one behind the valley’s mountains.

I actually finished this in record time, having said that, I started it a few months ago, but finishing the detail only took around three days.